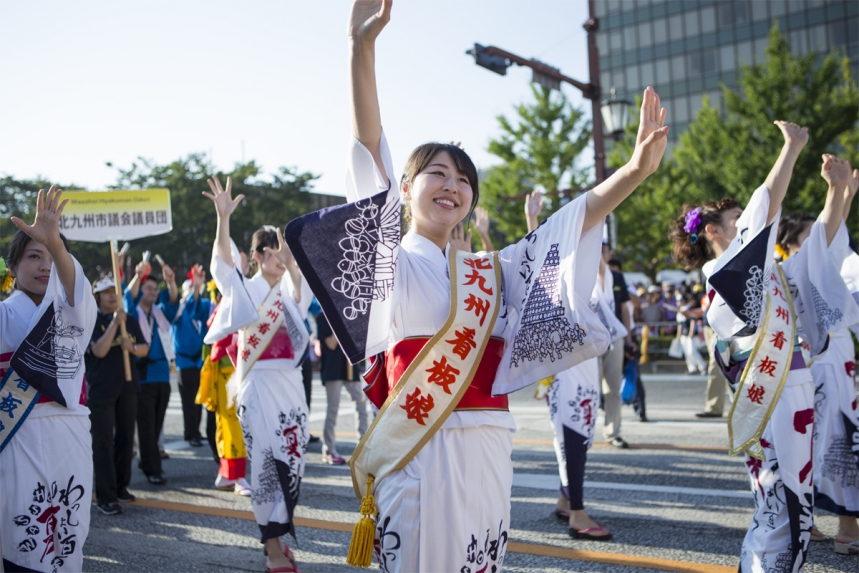 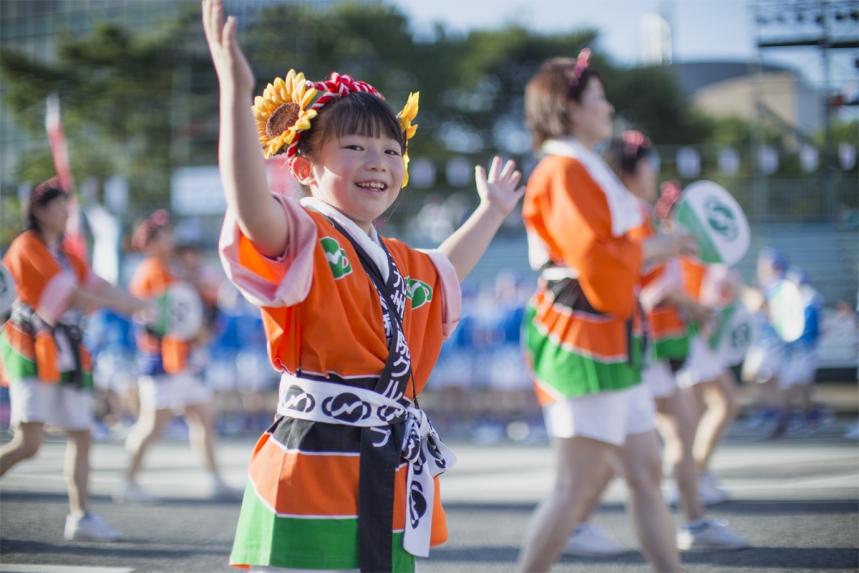 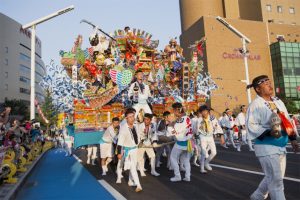 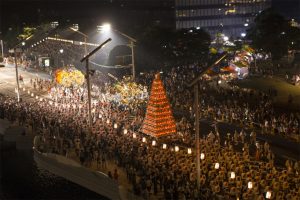 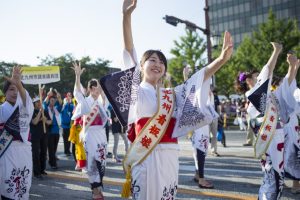 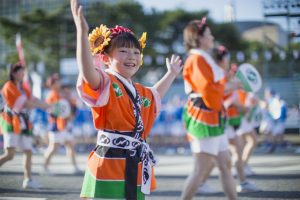 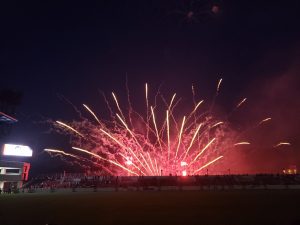 Wasshoi Hyakuman Summer Festival, which began in 1988 to mark the 25th anniversary of Kitakyushu’s reorganization as a city, is an annual summer event which attracts 1.5 million visitors.

In addition to “Hyakuman Odori,” where around 10,000 people come dressed in multicolored clothes to dance in a parade, “Natsu Matsuri Daishugo,” an event featuring the participation of floats and portable shrines from wards throughout the city, and YOSAKOI, which is held at four different venues, including JR Kokura Station Jam Space and Kokura Izutsuya Crossroads, these two days are packed with numerous other events at venues like Katsuyama Park and River Walk Kitakyushu.

Since 2019, as an important event to announce the opening of the summer festival, the venue of the fireworks show will be moved to mikuni world stadium Kitakyushu, so that people can watch super shocking fireworks from the stadium’s auditorium