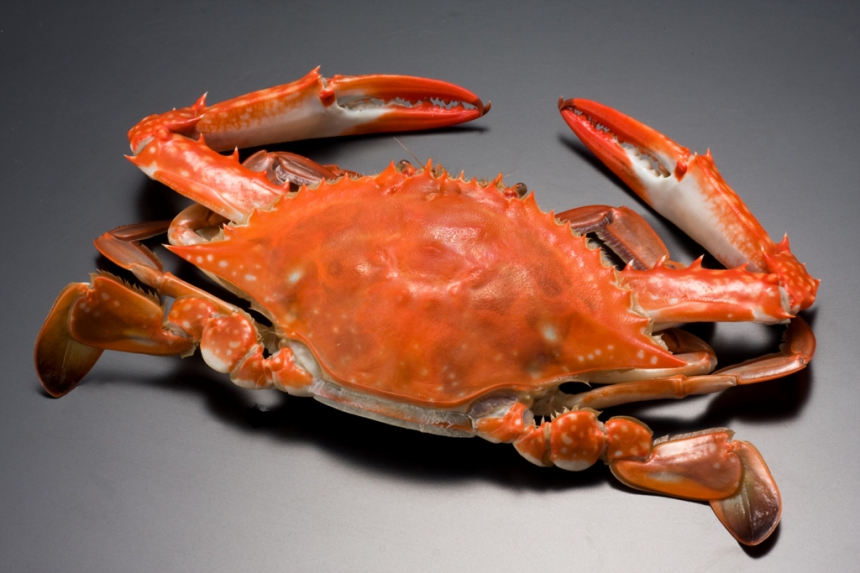 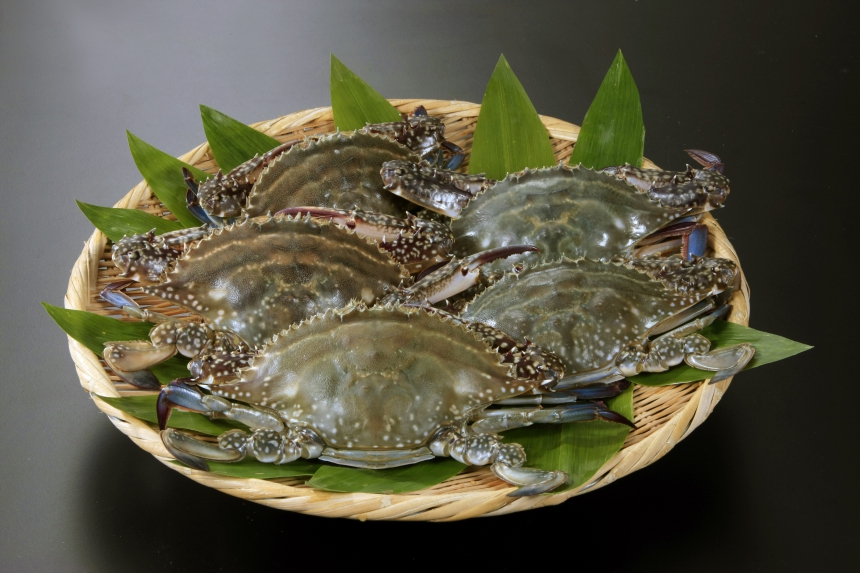 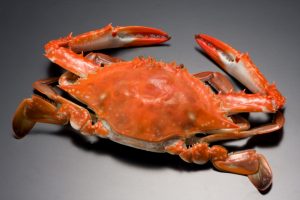 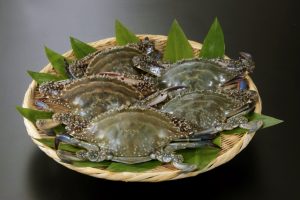 Also called the swimming crab or the Japanese blue crab, this crab can be captured in the northern part of the Buzen Sea and is called “Buzen’s original crab.”  Especially delicious in fall, its meat is silky smooth and its brown meat rich in flavor like butter from the sea.  The boiled meat is typically eaten with a mixture of vinegar and soy sauce, but is also delicious in nabe (hot pot dishes) or miso soup.  Also, a mixture of the liver and eggs (called “uchiko”) can be placed in the shell, into which hot sake is also poured to make the delicious “shell liquor.”