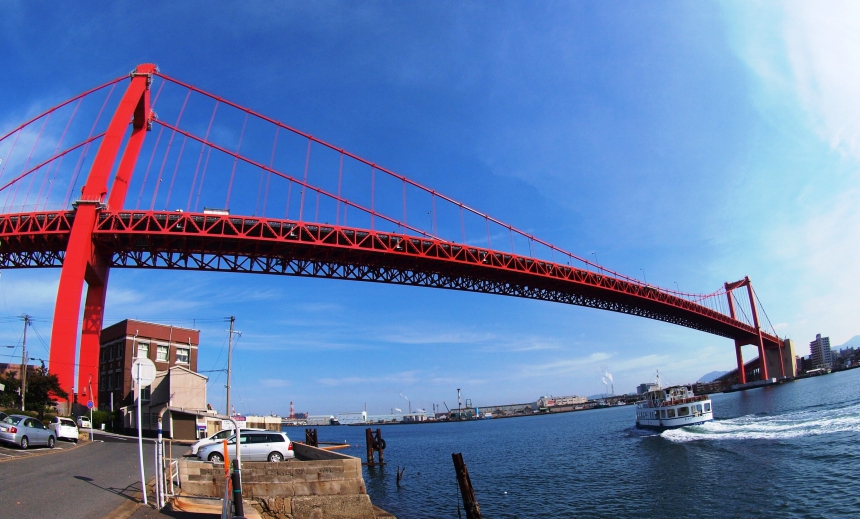 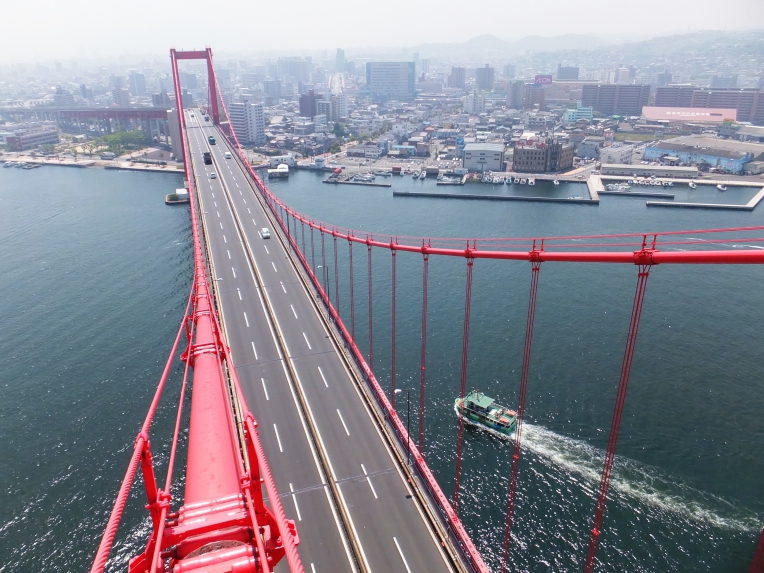 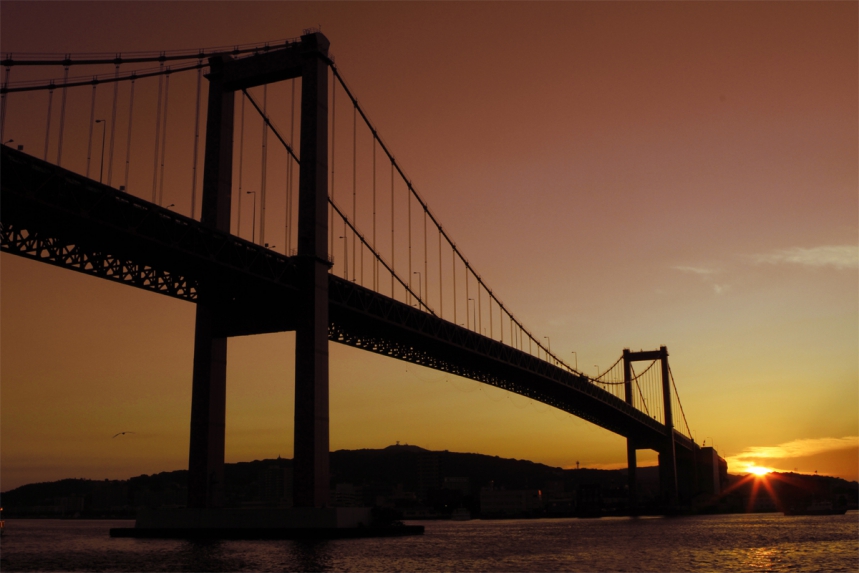 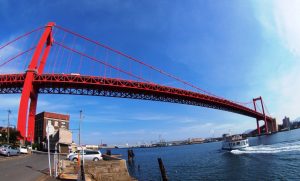 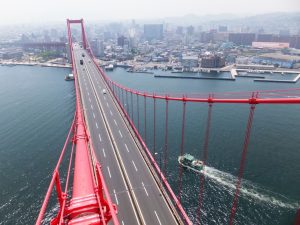 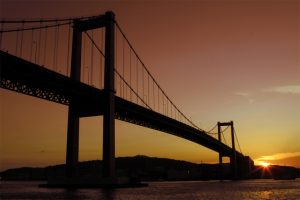 With a length of 627m, Wakato Bridge is a suspension bridge linking Tobata Ward and Wakamatsu Ward.

The bridge’s red frame, which hangs over Dokai Bay, is a symbolic landmark for both wards.

When it first opened in 1962, it was the longest such bridge in the East, and is seen as a forerunner of the very long suspension bridges found in Japan today.

On the Wakamatsu side of the bridge are a number of old buildings, such as the Former Furukawa Mining Wakamatsu Building and the Ueno Building, which have become popular sightseeing spots.

During the Kukinomi Fireworks Festival, held every July, fireworks are launched from Wakato Bridge, leading to its nickname of “Niagara Falls.”

The shower of light pouring into Dokai Bay is beautiful beyond words.