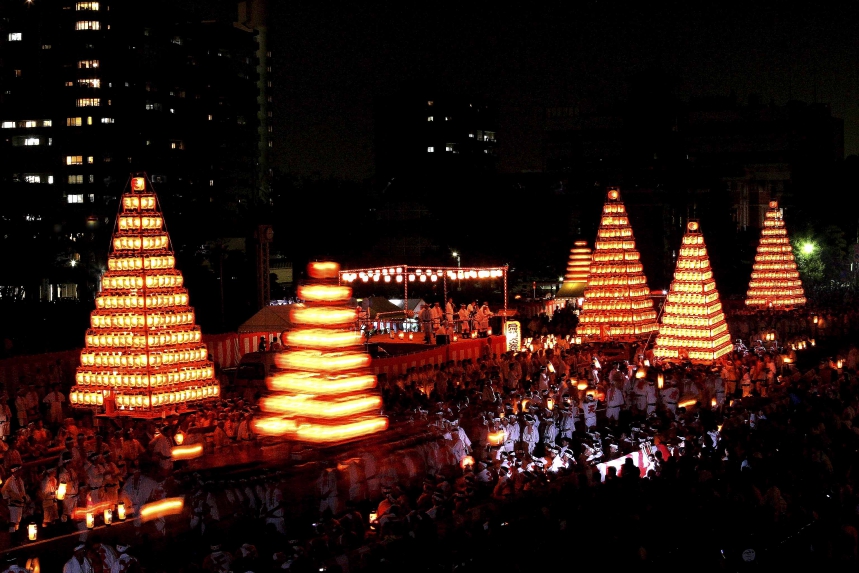 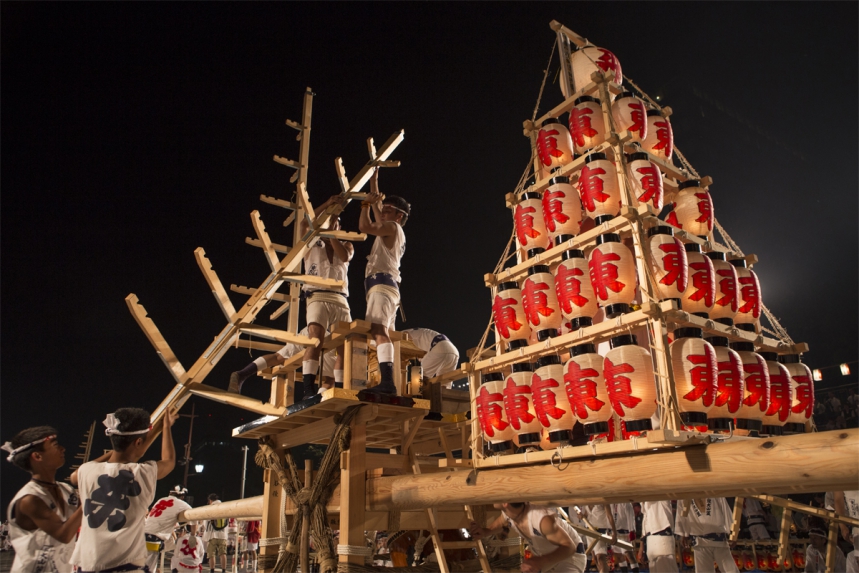 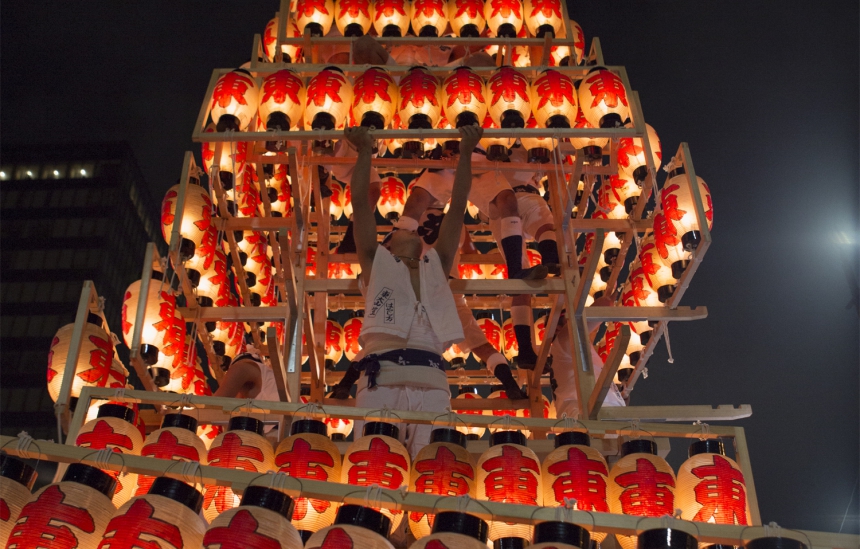 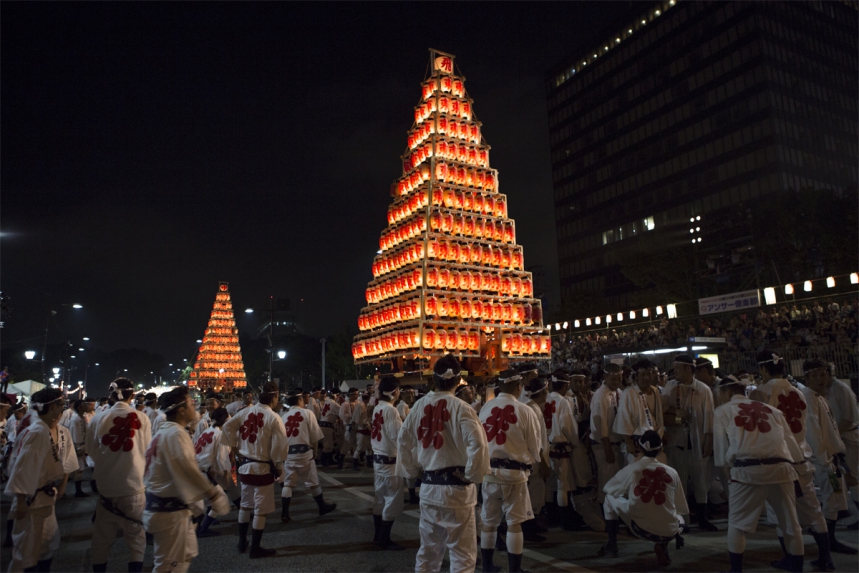 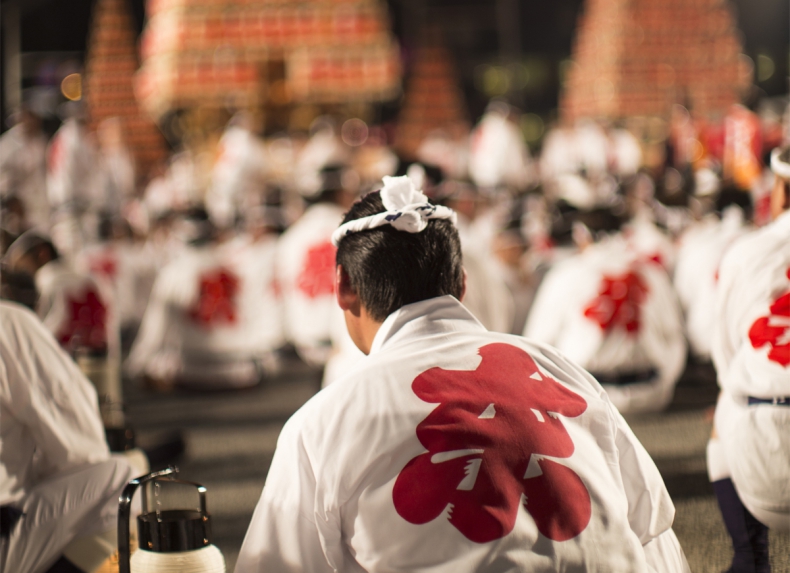 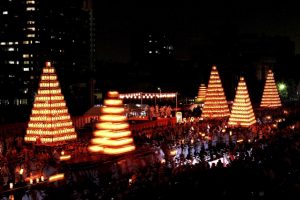 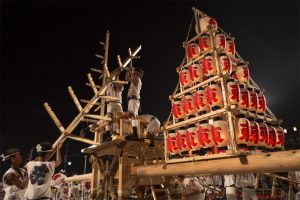 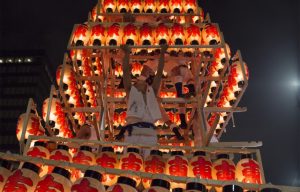 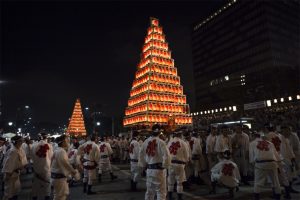 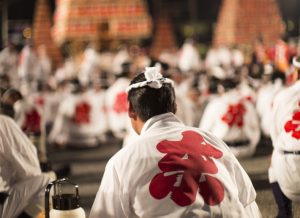 A distinctive feature of Tobata Gion Oyamagasa Festival is that the yamagasa floats differ during the day and night.

During the day, they are magnificent “nobori yamagasa, ”floats featuring red and white banners and embroidered decorations; at night, they turn into “chochin yamakasa,” 10m tall 2.5 ton floats carrying 12 levels of lanterns, 309 in all, making them look like pyramids of light.

The climax of the festival is the “Oyamagasa Kyoenkai,” held on the equinox.

You will not want to miss the spectacle of 8 floats coming together and changing from their daytime to nighttime appearance!

This traditional Tobata festival, which has been designated as an Intangible Cultural Property and has a history going back over two centuries, is known as one of Fukuoka Prefecture’s three major summer festivals, along with Hakata Gion Yamakasa and Kokura Gion Taiko.