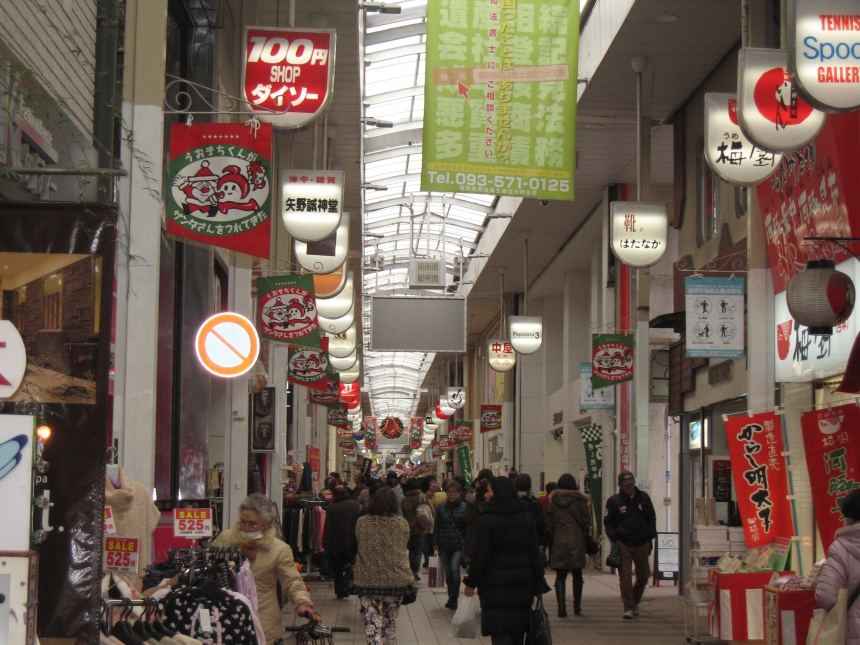 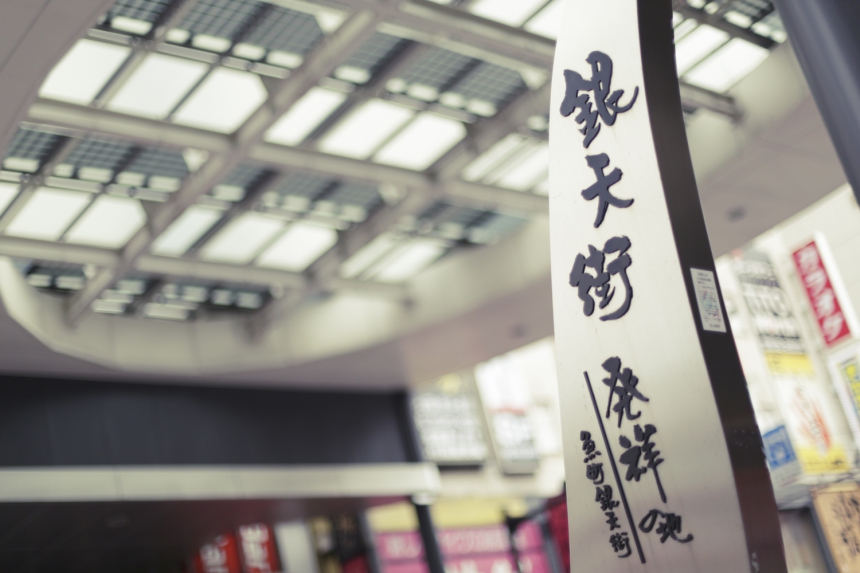 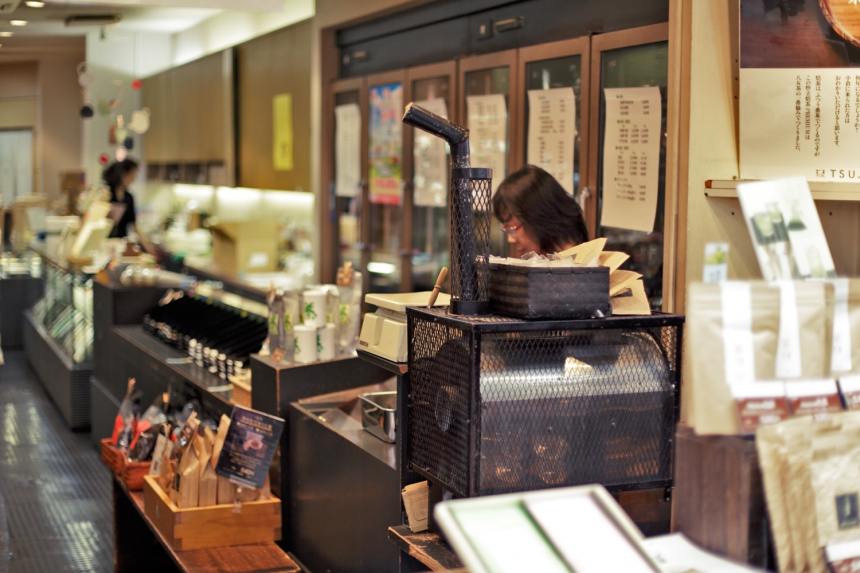 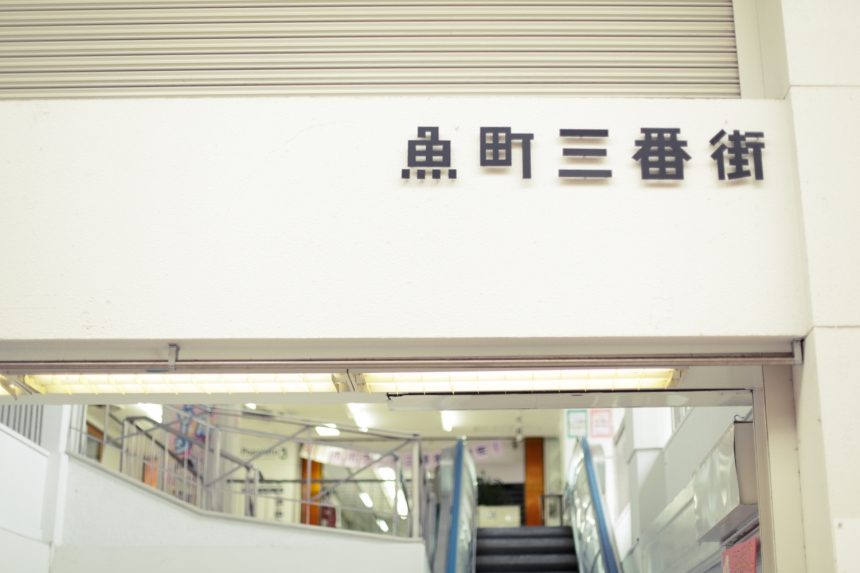 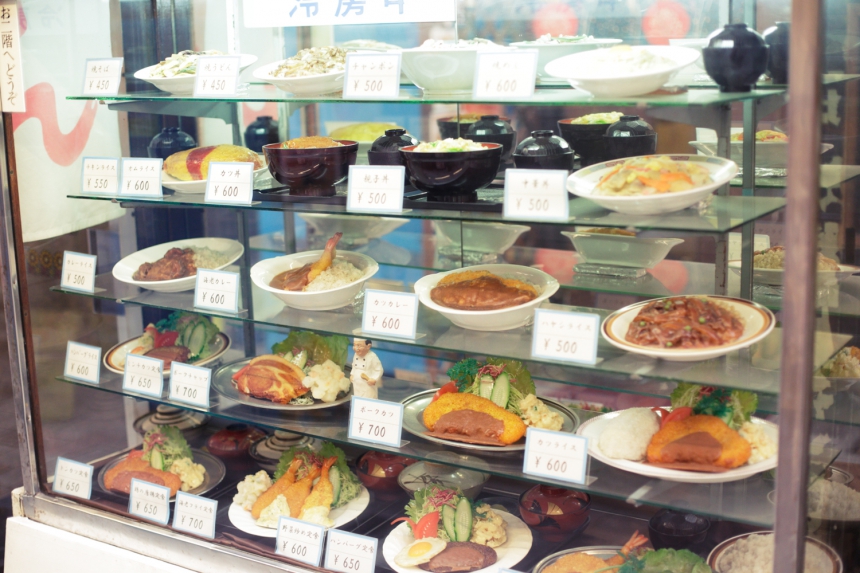 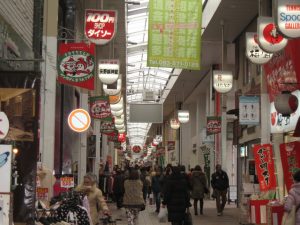 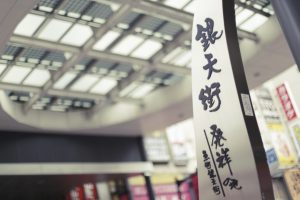 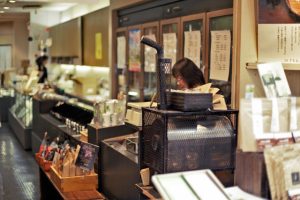 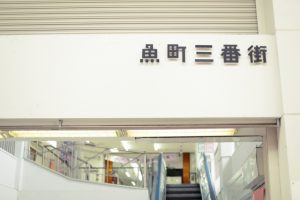 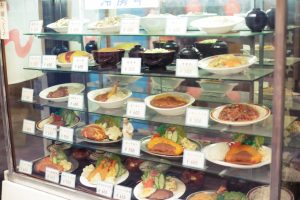 “Let’s make a town where it doesn’t rain.”

With the emergence of this idea in 1952, Uomachi Gintengai became the first arcade shopping district in the country.

From Uomachi 1-chome to 3-chome many fine-food stores, general stores, and more are lined up along a 400-meter street that makes its way as far as Tanga Market.  Among them can be found well-established tea shops selling green-tea sweets popular among women, local specialty fried udon, and other Kitakyushu specialties.  You’ll want to wander the market, enjoying its lively atmosphere.

The “ecoroof” that connects Uomachi 1-chome to Uomachi 2,3-chome creates a unique arcade that represents the Environmental City of the Future, Kitakyushu, which employs solar panels and LED lighting.

The UFO-like shape looks rather futuristic.