Photographer Kidera Kazumichi captures beauty in any object he sees from his original point of view,
which is beyond our expectations. In the following, Mr. Kidera, who is also a "connoisseur of
must-see spots," introduceKazumichi kidernown charms and must-see spots of Kitakyushu.

Photographer Kidera Kazumichi captures beauty in any object he sees from his original point of view, which is beyond our expectations. In the following, Mr. Kidera, who is also a "connoisseur of must-see spots," introduces you to the unknown charms and must-see spots of Kitakyushu.

Kitakyushu is a city with an image that is cool, rather than soft.

On this occasion, I mainly photographed beautiful civil engineering structures in Kitakyushu. To me, Kitakyushu is a city with a cool image, rather than a soft one. It is like Kitakyushu, which once flourished from coal mining and manufacturing, and has maintained a somewhat wild, rustic, and manly image. Although I am from Saga Prefecture, I lived in Kitakyushu throughout my student days, and I did my photography training and opened my own studio as a full-fledged photographer there as well. So my relationship with Kitakyushu is longer than that of my hometown.
When it was decided that I would photograph the city, I dared myself to take cool photos this time. These photos seem to have a rougher texture to them, don't they? That is not because of how the images were processed, but because of the analog printing method I used to give them a film-like atmosphere. In my mind, I wanted to create photos that seemed to have all the colors removed, rather than just plain monochrome photos. When I first started in photography, everyone still used film, so I started my career as a photographer developing photos one by one in a darkroom. Thus is probably why I like black- 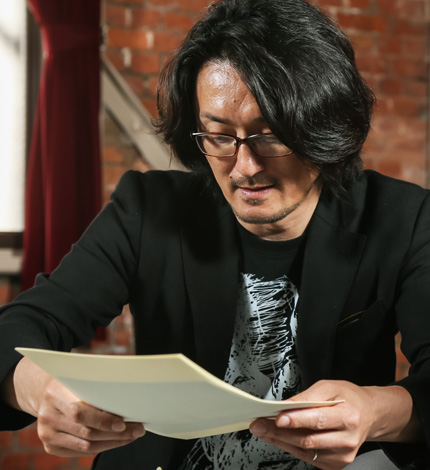 and-white photos, and often feel uncomfortable with colors in my photos. I made these photos square by intuition, or because I felt like erasing any distinction of length and width.
There is an instructive episode from an abstract painter's life: One day, he went out while being worried that a painting he was working on was not interesting. While he was out, someone hung the painting upside down. On returning, the painter was surprised at the painting and shouted, "What a marvelous picture!" I think such a discovery is precious. Such discoveries pertain to photography as well; there is only a very slight difference between good and bad photos. Although many people talk about looking at something obliquely, I instead intend to look at subjects from their back or opposite side. Things are more interesting when being viewed from their back. I sometimes hang my works upside down at my individual exhibitions. I might just feel disappointed if someone said to me, "Your photos are quite ordinary," I guess.

Finding out some good aspects in everything

There are various viewpoints in photography, including the viewpoint that photos should be taken beautifully. I think, though, that the notion of beauty varies from person to person. Some may feel the uglier a photo looks, the more beautiful it is. You may like a photo that someone says is poor. The diverse range of opinions makes photos more interesting. Although photography has some "correct answers", such as the golden ratio, photos that exactly correspond with it do not look so interesting.

Changing my point of view often allows me to discover new interests. I thought some of the photos I had taken this time would become more interesting if they were trimmed more, but I decided not to because they might be hard to understand if I trimmed too much. However, I actually hope to be more aggressive. Essentially, I believe it is most important to find some good aspects in everything you are going to photograph, whether structures, landscapes, or people. I take photos by intuition, almost without wavering in judgment. I took these photos using only one shot each, this time too. Although I thought Kitakyushu was a city with a masculine image, I think my experience of photographing the city this time enabled me to discover a new Kitakyushu, by becoming aware of more feminine aspects of the city than expected, as well as finding that seemingly lonesome places that can appear romantic. 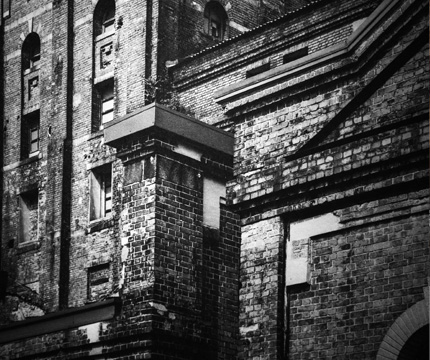 It matters how sensitive you can be, or how actively you can become interested.

As I often say to my fellow photographers, I believe it is important for us when motivated to take interesting photos to go a step further from just being satisfied in taking beautiful photos. Going a step further may lead to unexpected discoveries or new interests. I think that Kitakyushu has the high potential to encourage people to go a step further to make a new discovery, and that going a step further will enable them to enjoy this very characteristic city more thoroughly. It may sound self-important, but I believe it matters how sensitive you can be. For example, I choose different routes every time even for everyday traveling, because I expect that the new route will lead me to some discovery. Although I sometimes get lost after choosing an unknown route, such an experience is also interesting.I hope that the photos I took this time will be freely interpreted from viewers' own point of view. I will be very glad if residents of Kitakyushu are surprised at my photos and say, "Oh! I've just found that this place is really familiar to me," and that they will begin to view such places from new perspectives. 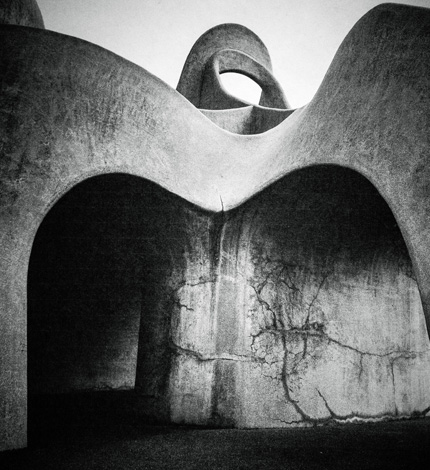 I also will be happy if my photos help attract many tourists to Kitakyushu. I think I would be a very lucky cameraman if one of my photo changes a place that does not appear in tourist guidebooks into a popular tourist destination someday.

Mr. Kidera's talk sounded as warm as analog photos look. He told us about his passionate
enthusiasm to take more aggressive photos. He surely will introduce us to some unique perspectives again.
If you also go out to look for unknown charms of Kitakyushu, you may make some interesting discoveries.

Mr. Kidera's talk sounded as warm as analog photos look. He told us about his passionate enthusiasm to take more aggressive photos. He surely will introduce us to some unique perspectives again. If you also go out to look for unknown charms of Kitakyushu, you may make some interesting discoveries.